Wednesday in Zacatecas I took my first day away from my bike to explore on foot. In an effort to preserve my interest in museums for the two weeks when I’ll be taking Spanish lessons I opted to avoid that circuit in favor of visiting a retired silver mine. Pretty impressive spread inside, with the first 4 levels of the mine having been flooded, when lit up looked like an inviting underground pool. Near the end of the tour we passed what appeared to be an impressive bar/club, and after intelligently saying “Como?!” to my native tongued guide, he smiled and said “Disco Tech” I should have extended my stay in Zacatecas for another night right then. 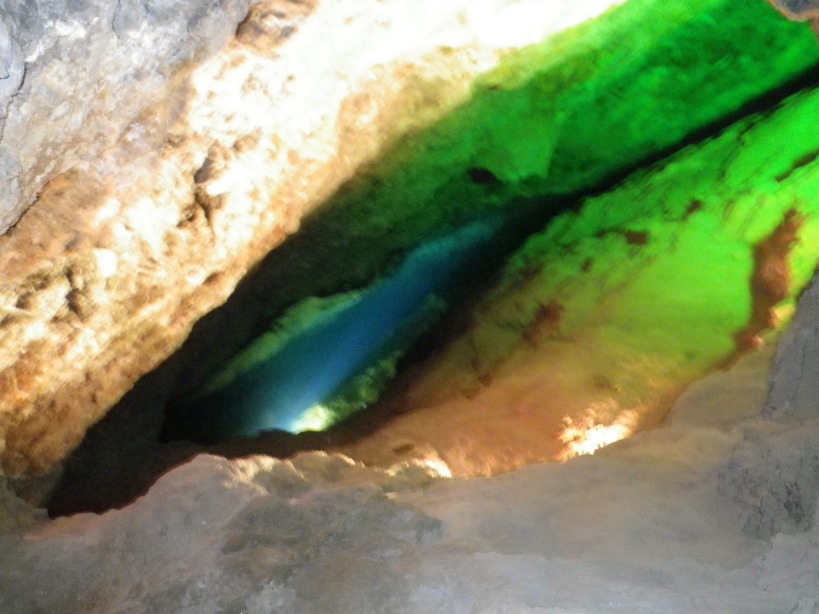 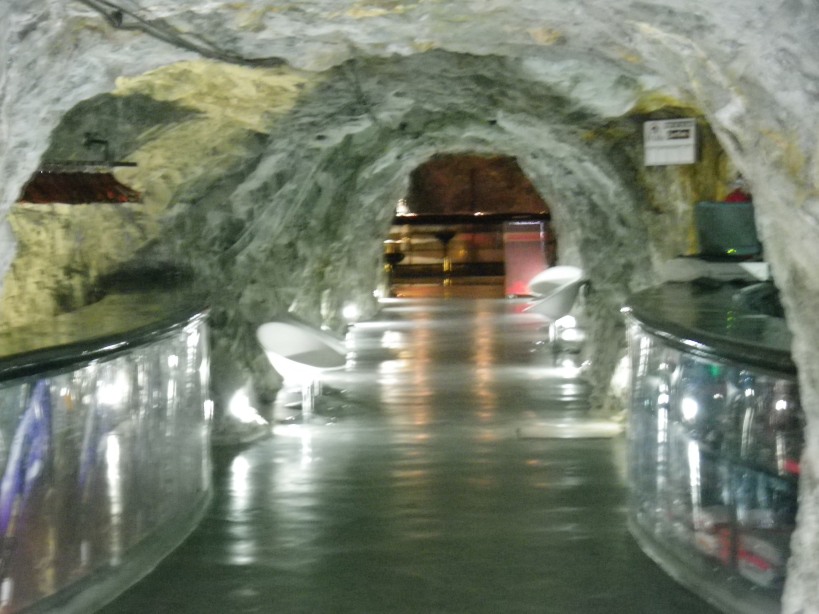 I apologize for the picture quality. My little point n’ shoot does terribly in low light situations. 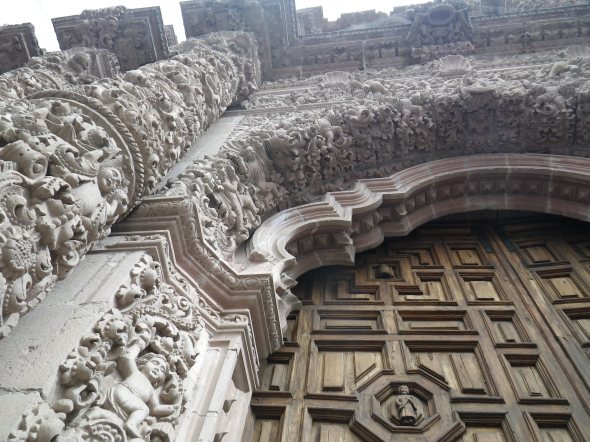 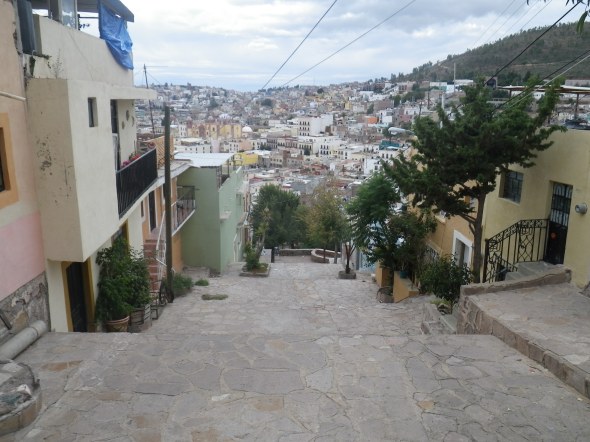 Given my proximity to Guanajuato, where I’ll be studying for two weeks, I wrote the directors asking if I could move my schedule ahead and travel there on Thursday. There is a large festival called “Cervantino” that ends Sunday, so I wanted to catch some of it. Plus, anywhere but the ritzy beach resort towns, it can be tricky not speaking Spanish, so I’m anxious to start learning.

Thursday morning I hightailed it to start my classes Friday.

Named a World Heritage Site in 1988, and home to the beginning of the Mexican War of Independence, Guanajuato has a significant presence in a proud country such as Mexico. Situated in a narrow valley, the city was originally divided by a small river, in which the city built upon and over. Frequent flooding forced a Dam up river, so now the old tunnels used to divert the river are now used as roadways underneath and throughout the city.

I will try and get some footage of me annoyingly over revving my bike through the tunnels one of these days. Nothing like a tunnel forces out the throttle jockey in every motorcyclist.

Here’s a few shots of the city from within and above. 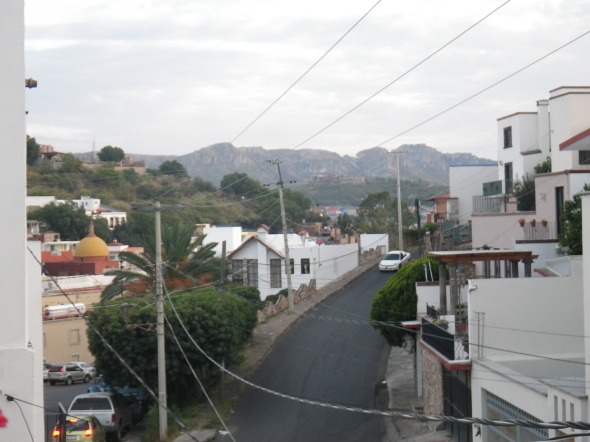 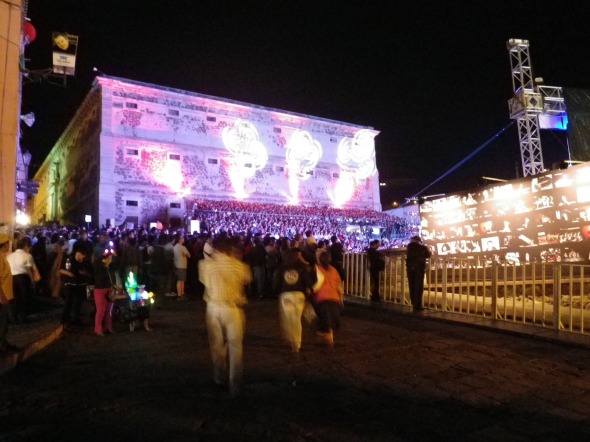 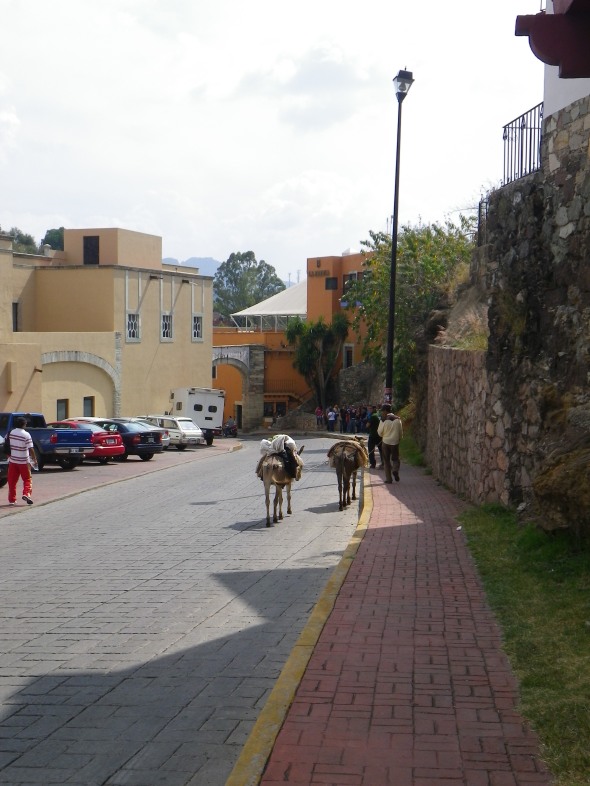 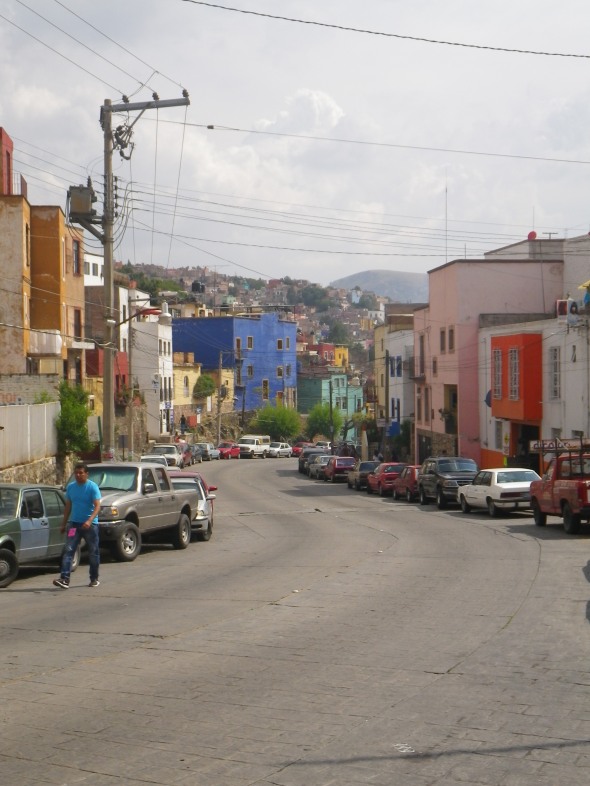 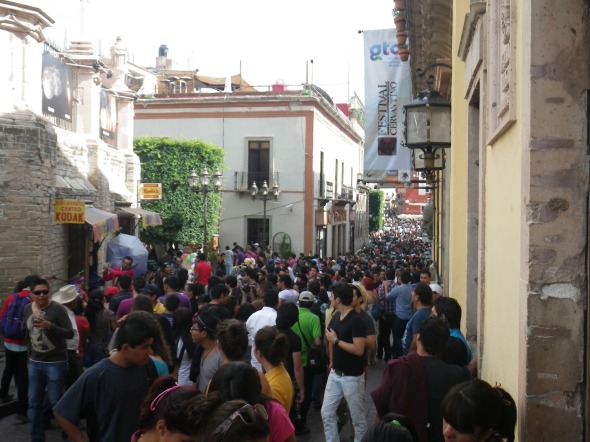 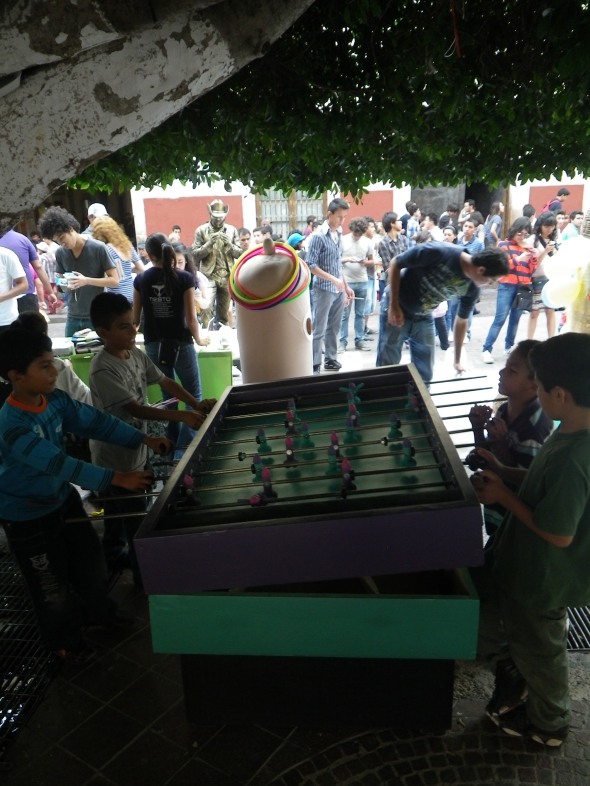 You have to respect any city that features public Foosball tables 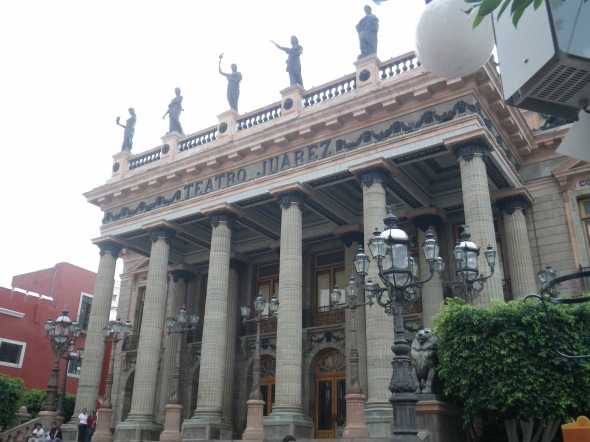 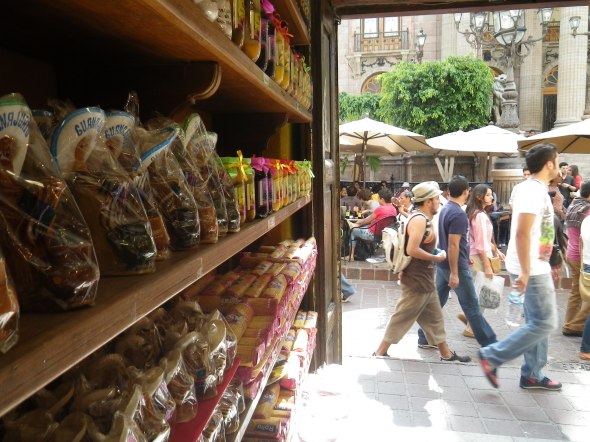 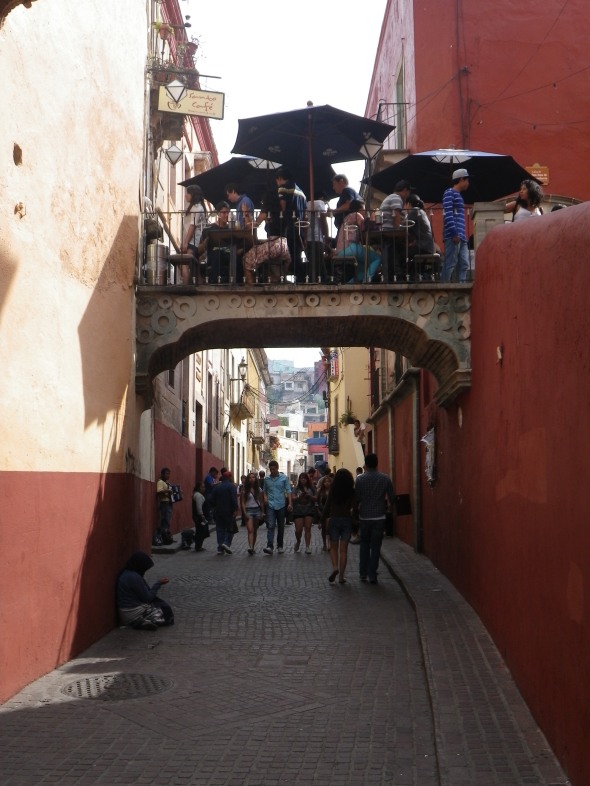 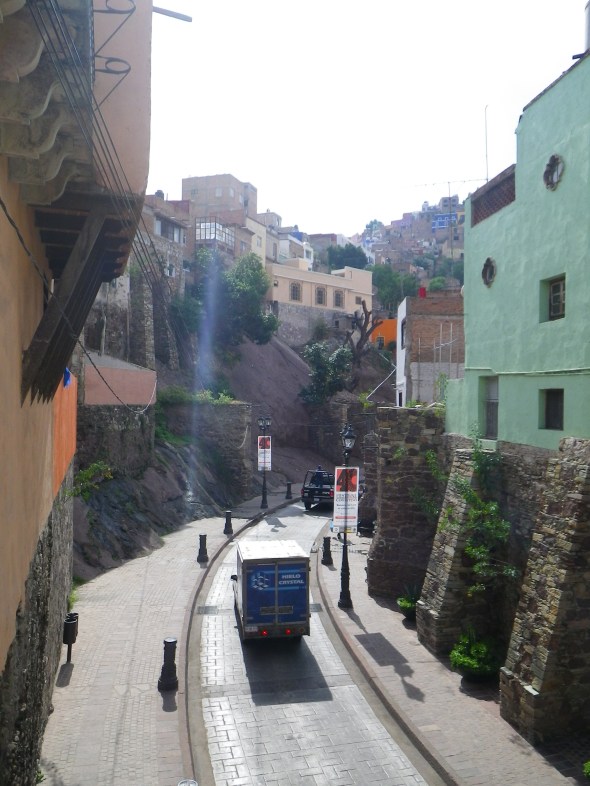 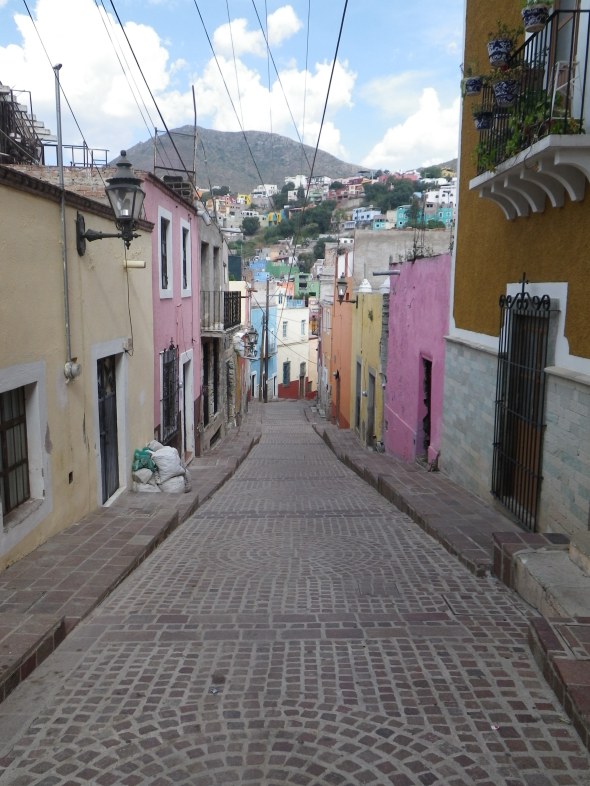 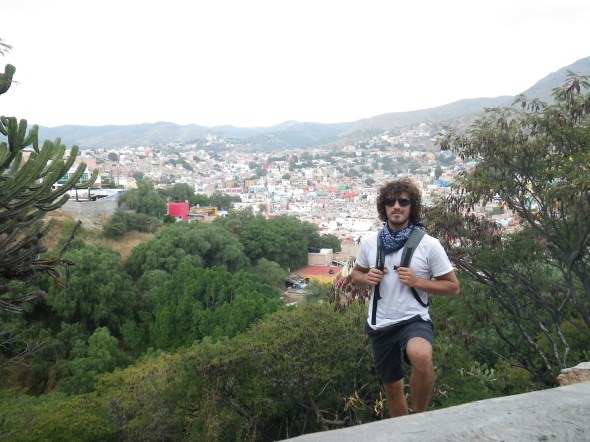 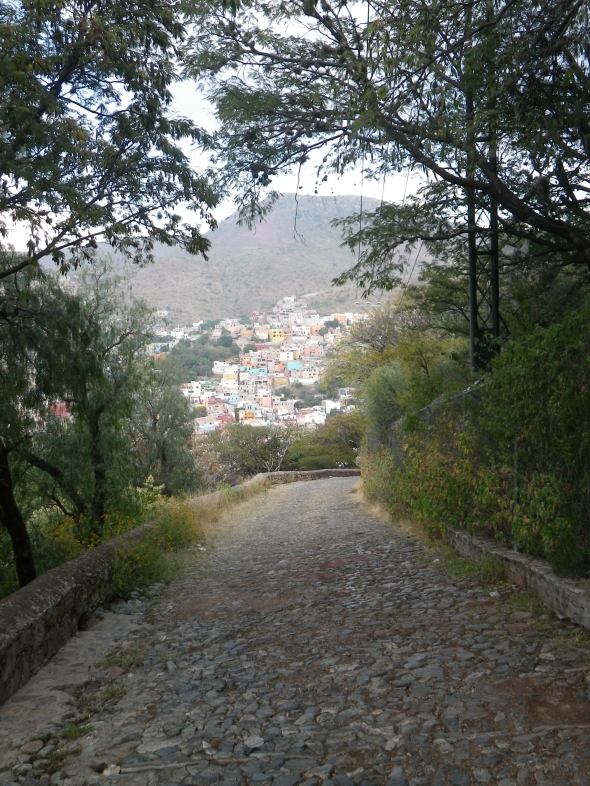 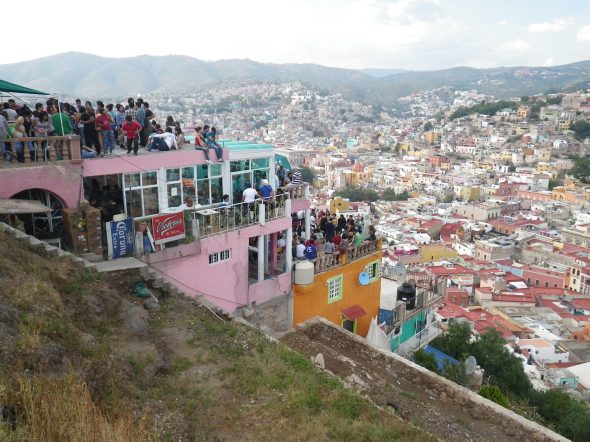 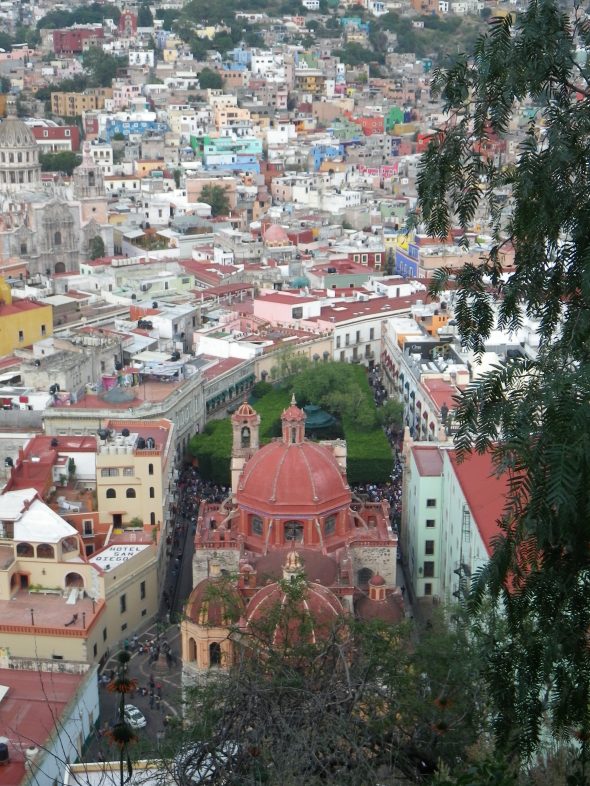 Obviously the city is above normal capacity due to the festival, but I think even after the annoying tourists leave, the city will still have a very vibrant feel. I’ve found that you can nearly always hear some music being played off in the distance. It just changes as you roam the alleys, but never seem to come across it. Almost like a pleasant soundtrack to your wandering.

That’s all the excitement for now as I settle in to somewhat of a routine with classes.

Two weeks will seem like a long time without riding, so we’ll see how I hold up not being on my bike for so long. Stranger territory yet still beckons. I make sure to reassuringly pat my bike each morning as I walk by on my way to class. Strange? Maybe. I admittedly have a tendency to anthropomorphize my motorcycles.

“To awaken quite alone in a strange town is one of the pleasantest sensations in the world.” – Freya Stark

2 thoughts on “Immersion in Guanajuato”