A dip into Venezuela

I had my hesitations about traveling in a group, primarily in fear of alienating myself from the country I passed through being surrounded by English speaking, familiar faces. But after having made my mind up to see Venezuela, and the others who also were heading East, I cast my lot with them.

From Cartagena we rode to Riohacha on the Northern Colombian coast in order to set us in close proximity to the Venezeulan border for the following morning. There seemed to be an unspoken boundary we crossed somewhere between the two cities as we obviously left the “Gringo Trail”. Gone were the occasional stores and restaurants catering to touring foreigners, and our presence was met with even more astonishment than usual.

Closest I’ve ever felt to being a rock-star

Without the influx of tourist money, Riohacha was fairly quiet comparatively. A small beachfront stretch drew the locals out to sell their goods, while the others sat and drank beer. We joined the latter for a good portion of the night. 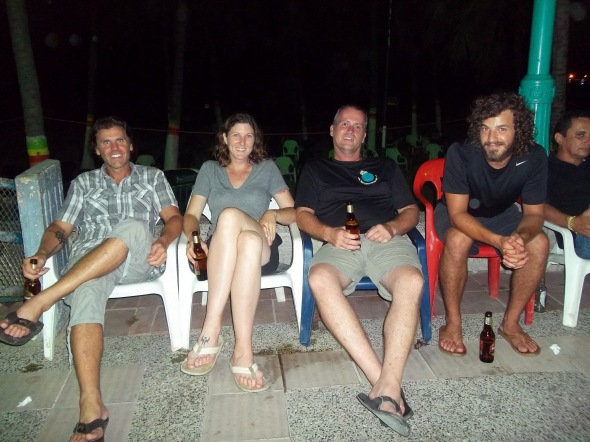 The next morning we braved the oppressive heat towards the border only to find the Venezuelan Customs closed for the day due to local elections. We could have exited Colombia, and entered ourselves into VZ, but not our bikes. So, we had to back track and find a place nearby for another night. 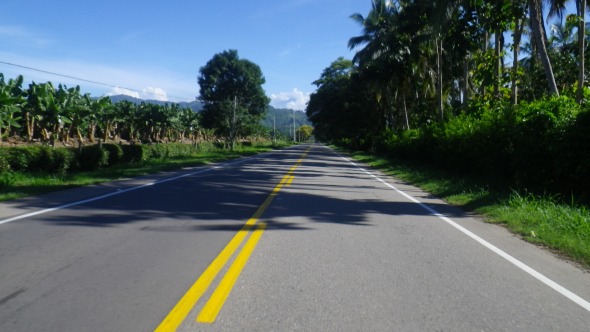 Bananas on the left, and Palm trees on the right

Having read that fuel gets scarce in all the territory bordering VZ, it wasn’t a surprise to find all the gas stations completely out of gas. So, for the first time I had to buy gas from an 8 year old selling the precious liquid out of old plastic jugs smuggled in from Venezuela. He handed me the jug, and a crusty looking funnel with an old t-shirt inside to “filter” it before it reached my tank.

It didn’t smell of diesel, so barring a large cut of water I figured the big lass would burn it up without much fuss. She fired up and ran without a hiccup.

At the now open VZ border, we learned exactly why fuel was scarce near the border. The customs officer informed us that the national price for unleaded fuel was 10 Bolivares for 80 liters. Now, consider that we managed to procure an exchange rate with the vultures at the border of 15 Bolivares for 1 Dollar, that puts the cost of roughly 21 gallons at 66 cents. The first time all four of us filled up outside Maracaibo, the fuel attendant just waved us on, free gas! Obviously cheap for the locals as well, because any vehicle with less than 6 cylinders was odd, and their driving habits resembled something akin to youthful drag racers. I must admit, that I occasionally let the big lass show up the competition. 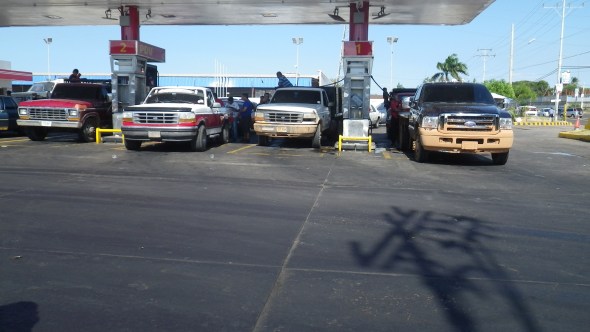 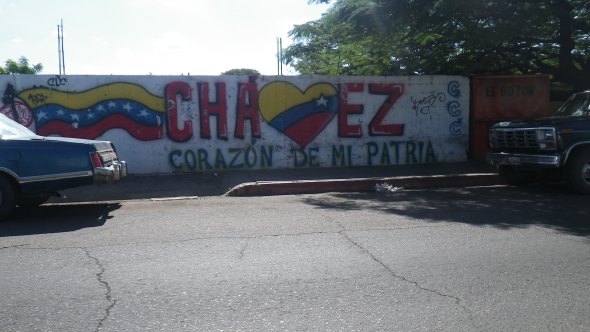 We did a tour of three cities in a clockwise loop heading towards Merida in the Andes, purposefully avoiding Caracas (the homicide capital of the Western Hemisphere). 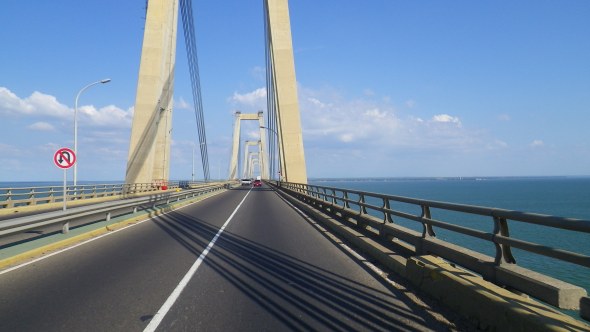 The General Rafael Urdaneta Bridge. 5.3 miles from shore to shore. 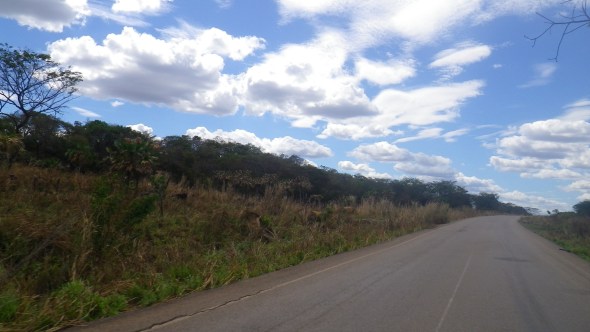 Brilliant skies in the Venezuelan plains 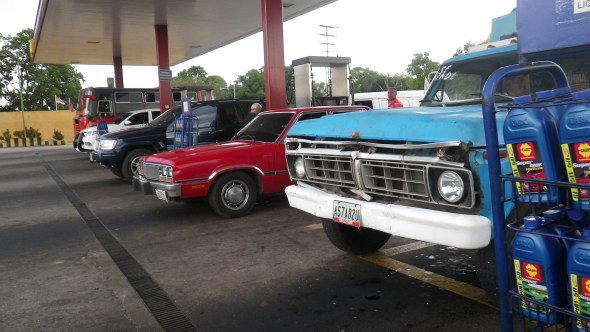 Fantastically bright shirt I accidentally ordered became an impromptu high-vis. The limp wrist adds something too. 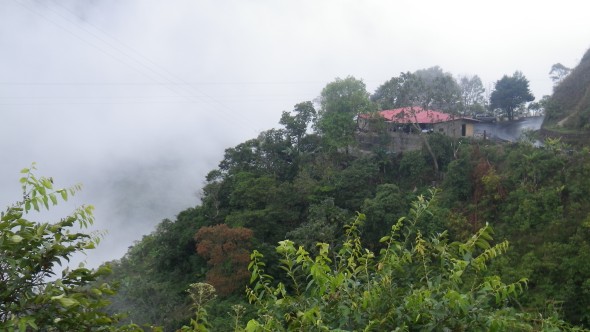 Into the Andes for the first time! 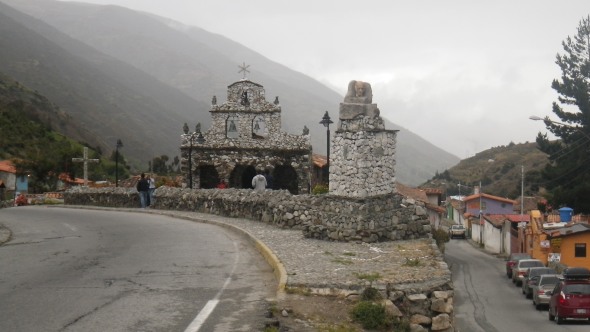 It was a great feeling to need an extra layer as we climbed into the Andes after having spent three months in the Tropics.

When searching for a hotel or hostel the list of necessary amenities are as follows (in order of importance): secure parking, proximity to beer vendors, WiFi, functioning shower, and a bed. The trick is finding all of that at a reasonable price. $10 dollars a person got us a swanky place in Merida for a couple nights.

Turning tradition on its head in South America 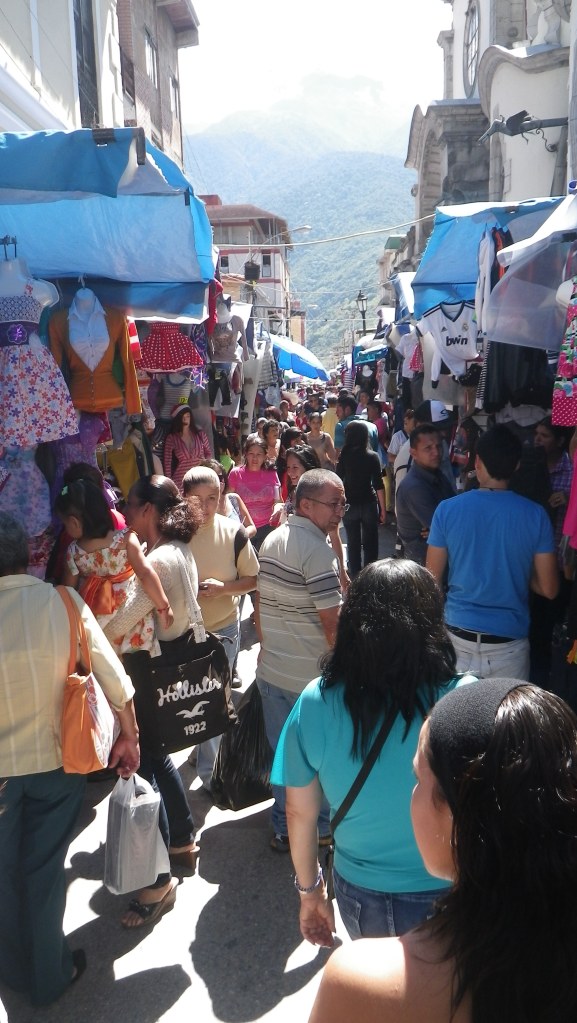 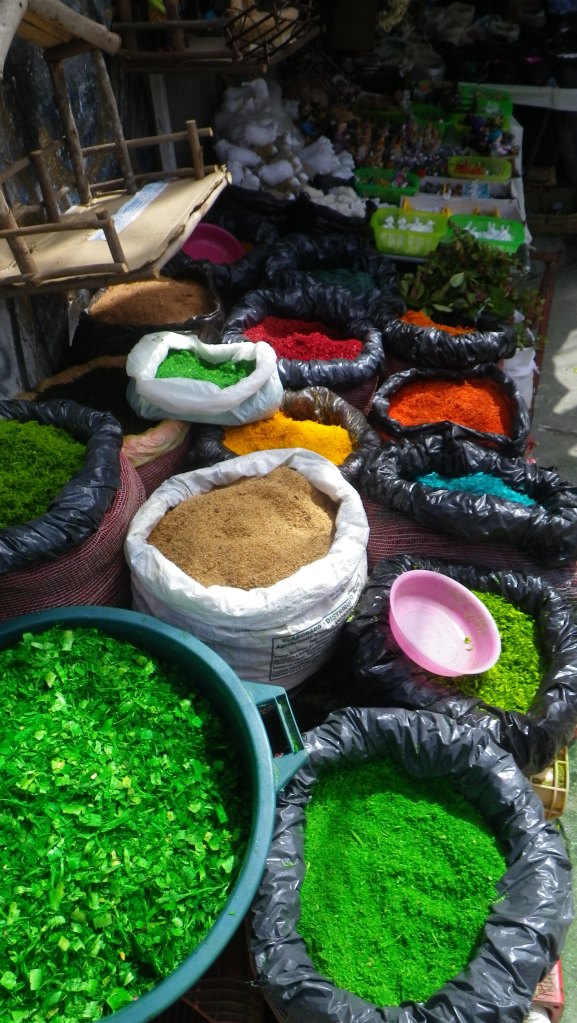 I was interested in getting to Medellin, Colombia for Christmas for some reason, and Alison had to get cruising since she was meeting here boyfriend in Peru at a rapidly approaching date. So we left Paul and Ryan in Merida the 22nd and rolled into the border town of San Cristobal that night. Fighting through rush hour traffic scouting for a place to stay, a brand new BMW 800GS pulled up next to me and asked where I was from, and through a couple of rapid exchanges he instructed us to follow him to a good place to stay. Seemingly a hang out for local bikers, we found a good room and an invitation for dinner that night. A good way to say farewell to Venezuela.

The next morning found us in a predicament since again we happened upon a closed Customs office, this time for the holidays. We stamped ourselves out, and after learning we wouldn’t be able to exit our bikes, we just rode off. Might pose a problem if I ever try and come back with a vehicle again. There is one narrow bridge between Venezuela & Columbia, and given all the holiday traffic it was a feat trying to get a cross in a civilized manner to begin with. Then a car broke down, and in a matter of seconds a thousand little 125cc bikes descended on a narrow gap in both directions, and then everything seized up. Naturally every single vehicle in a quarter mile radius laid on their horns and it stayed that way for about 30 minutes. I couldn’t even get off the bike it was so crowded. Eventually the military came and slowly pushed the car towards the end of the bridge and I barged the big lass through a sea of Chinese mopeds to the front only to find a line an hour long at Colombian Immigration. Victory.

Looking back into Venezuela

Into Colombia, and back into the Andes towards Bucaramanga for the night before Medellin.

Pamplona, Colombia along the way 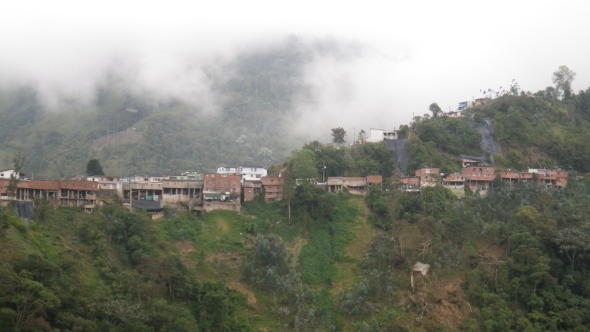 Made it into Medellin on the afternoon of Christmas Eve and found a nice hostel. Then, happened upon my Christmas dinner with a table set on a vacant Medellin street, outside an Irish pub, run by a Scottish bloke, with a turkey cooked by an Italian from Brooklyn, accompanied by two other Americans on bikes, a retired Mexican American, and Buddhist Colombian girl who didn’t speak English. Pretty normal really…

Spending Christmas day loafing around Medellin, and thinking about where to head next. There is meant to be a bit of a biker meet-up at the equator for New Years, so I may trim my time a little short in Colombia to participate in that.

Merry Christmas all & lucky for you, I’ll end this post with a shameless glory shot high in the Andes.

3 thoughts on “A dip into Venezuela”